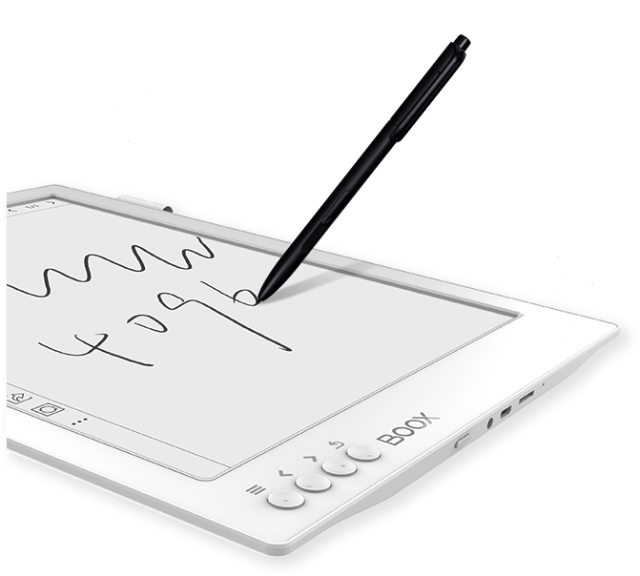 Last year I had my children read from Kindle for their English books and then uploaded my own Chinese books but the problem with Kindle is the screen is so small, it’s not really Chinese compatible and Amazon doesn’t have any Chinese books that my children can read so trying to load Chinese on Kindle is extremely frustrating!!!

Then I looked at other brands of readers that do have Chinese books for sale:

So do I buy all of them? I wanted all 10″ readers so my kids can have a better time reading. However, it seems ridiculous that I have to end up spending $1000 to get English and all the Chinese books that are available.

Here’s a general introduction of the Reader:

What I have above is the 10.3″ and the 13.3″. Personally I love both because the 13.3″ I will use for myself at home to read magazines and books that have tiny print and I can enlarge it to the screen. Yay! Also, the screen is a full sheet size of paper so it’s great if I want to write on it and print out notes later or share notes or have my kids do their homework on this. 10.3″ is really big as well and I found writing to be the same experience. Since I can’t decide, I am bought both!

I use this to have my kids write me letters in Chinese and English now. They also take notes inside it so we’re not wasting paper. You’ll see in the video that there are many different types of paper that you can use with it:

You can adjust pencil widths, pen widths, you name it, it can probably do it. The eraser option is pretty great too. You can erase a whole stroke to save time or use it like a real eraser which just erases where you rub. Dandy!

Reading Chinese and Writing On the Page to Take Notes!

I ABSOLUTELY ADORE THE FACT THAT I CAN WRITE ON THESE. It’s like a ticket for my children to write on the books, take notes and circle out phrases they don’t know and for me to write notes on it all WITHOUT DAMAGING ANY OF MY PRECIOUS, SO VERY EXPENSIVE, HARD TO GET, CHINESE BOOKS!!!!!!!!!!!!

Shhhhhhhhh…….. but let’s just say, I can scan any page, any workbook, and load it on here for them to do and never have to carry any heavy workbooks with me again. Math, English, Chinese…

Saying Goodbye To my 6 Inch Kindle…

Ok, my Kindle… 6″…how sad… oh how sad is that… My kids are reading on 6″ Kindles. It’s not even big enough to match a real chapter book in real life. Since this is on an Android platform, I have loaded Kindle and Audible Apps on here. This means… I can read Kindle AND USE  the read aloud feature with Audible!!!!! I also have Kindle’s word wise, dictionary and everything else all in there. I had to pinch myself because it felt too good to be true.

I was even more surprised to see that the text to speech feature that we have on our google devices is also available inside this. I’ll show you how this machine can read Chinese given that it’s a readable document and not a pdf. This mean it’ll read anything in word format, ebook format that was uploaded where they recognize fonts and words, etc. It’s the same in Kindle. If they loaded the book where you can change the size of the fonts, it will read. I love the other features:

Your Own Tracing Worksheets

There are A LOT OF READING APPS  on Android! I mean a LOT!!!! One of the ones I found that’s super cheap and has a great selection of bridge books for a flat fee is : Mybooks. I’ll go over this in the following video. They also have a shop that comes with the reader where I get a lot of FREE Chinese books… and can switch from Traditional to Simplified text anytime I want.

Basically the apps I use are: JD, MyBooks, Kindle, Readmoo, Kobo and 博客來. This is enough to satisfy our needs for say.. the next 10 years.

Ok, normally you would want to view videos on a colored screen and seriously E Ink isn’t fast enough to watch HD but having said that, if there’s a video in a webpage that you just want to view fast without pulling out your computer or phone, you have the option to do that. You CANNOT DO THIS IN ANY OTHER READER!!!! I’ll show you what a Youtube video looks like. You’ll need to put it on A2 setting so that the screen refreshes a lot faster for the video to go through.

Transferring Files, Web Browser, A Look at the App Store

Here I’ll show you how easy it is to transfer files into the Boox. I’ll also show you how scrolling the web looks like and some options in the Google Play Store.

To learn more about their readers, you can go to Amazon and read their specs and reviews:

We are having a groupbuy on this… in our Facebook Group:

Quantities are limited so it’s limited to group only.

Here are the three models we’ll be selling:

You can also visit their Amazon store if you’re interested in other models: 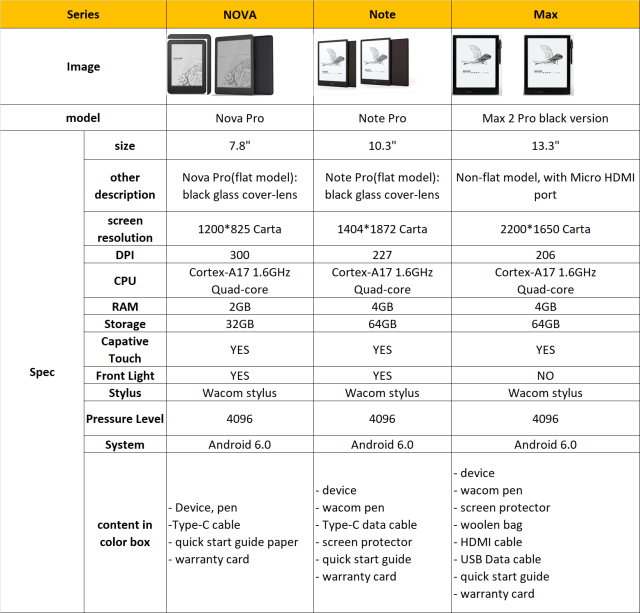 Here are the leather covers you can get with it. 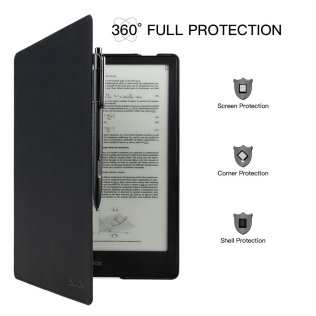 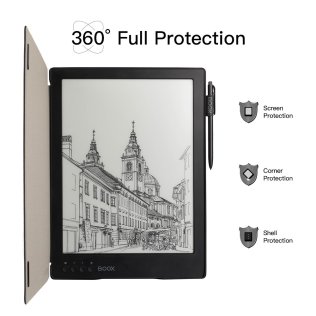